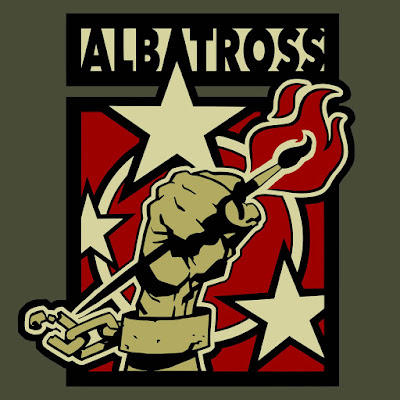 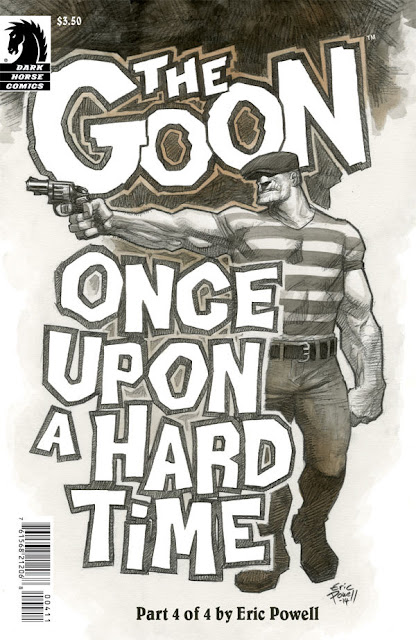 On Wednesday October 7th, The Goon: Once Upon a Hard Time #4 hits the stands. When I first envisioned doing a large two part story (Occasion of Revenge & Once Upon a Hard Time) I didn’t foresee it as the series finale. But as the story took shape it was clear that’s what it was. So often, especially in the medium of comics and television, it seems that in the interest of keeping the profitable property going the more interesting story is forsaken. The more interesting story being… the end. Self parody and repetition take over until the flavor is lost and that filet mignon now tastes like a hotdog off a truck stop rotisserie. Shriveled, burned out, and old. So when the clear path of the better story presented itself, I felt that rather than leaving the plot open ended to continue the same old Goon, it was instead time to fuck shit up.

I’ve always tried to put my artistic money where my mouth is, even at times to the detriment of my own career, so as much as parts of Once Upon a Hard Time #4 hurt me to put on paper, I put them down. It was the better story. It would only be doing a disservice to myself as a cartoonist and you as the reader to do otherwise.

The Goon was a great artistic experiment for me. I grew in leaps and bounds as an artist and storyteller working on it for the last 16 years. I still have a long, long way to go on that front but I feel I’m continuing to grow. I still have ideas for stories set in the Goon’s universe, but I also have a notebook full of ideas that have accumulated over the years that need tending to. To say I’m excited for you guys to see this new stuff is putting it lightly. To give you a new book you enjoy as much as you did the Goon is my new goal. Maybe even a couple!

I appreciate all of you who ever bought a copy of the book. Who allowed me to experiment and be completely unfettered to do any crazy thing I wanted to do. I’ve said it before, and I’ll say it again… I have the best readers in comics. Diverse, intelligent, bucking trends, and a little fucked up. MY KIND OF PEOPLE! I hope you all come along with me for the next part of this journey. I don’t know where in the hell it’s going, but those are the best kind of road trips!